We are trying to take advantage of Michael’s four day weekends and travel somewhere each one. For Presidents’ Day, we decided to venture the 6+ hour road trip to Scotland. Now Scotland is HUGE so we decided to explore Edinburgh and Stirling. We left Friday mid-morning (we wanted to leave earlier but, well, you know how that rolls with kids) and arrived about 6 pm to our Airbnb.

We initially wanted to stay at the Residence Inn or Hilton, but once again, Airbnb prevails with its amenities. Our biggest issue right now is having space for the twins to sleep. With a hotel there usually isn’t a separate room, and if there is, it’s definitely not within our budget, so Airbnb it was. The Airbnb we selected already had a pack n play and we borrowed one from a friend so it worked perfectly. The apartment was beautiful! A traditional Scottish flat, two bedrooms, and one bath.

The views were breathtaking

They knew we were bringing kids, so they put out a few toys for them to play. Something I truly love about great hosts.

Loved the look of this kitchen, large windows, and high ceilings. Reminds me of city living.

On Saturday we went to Arthur’s Seat. These views were absolutely breathtaking. A few notes on this, the top of the mountain (where you see those amazing views everyone writes about) is roughly 300 meters from your parking spot. I, of course, forgot a backpack carrier and, of course, did not wear the proper shoes, so Sofia and I hung out about halfway while Michael went all the way to the top.

This was about halfway up and where Sofia and I hung out. The view is of the North Sea.

The view from the very top, Michael took this photo

After Arthur’s Seat, we decided to grab some grub, Head back to the flat, and have the kids take an early nap (which they didn’t) before heading to the castle. Our flat was within 2 miles of everything so it was very convenient to hear back.

Yes, it is possible to take a stroller to the castle. There are no places to drop it off and they advise you right when you walk in that your stroller must be with you at all times, so keep that in mind. We brought an umbrella stroller and it was fine. The entire grounds are still laid with cobblestone so it is bumpy but I’m still glad I brought the stroller. Michael had a backpack carrier and he was fine with that.

At 1:00pm there is a demonstration of the cannon shots and that was cool to see!

On Sunday we decided to head to Stirling Castle, which is about a 45-minute drive north of Edinburgh. So worth it! I loved Stirling Castle and the history behind it (any Reign fans out there?!).

King James V had over 250 statues made around the castle and each one resembles a special story in history. Read more about that and other cool castle facts, here.

There were so many hands-on activities for the kids to get involved and I believe that made the experience so much more enjoyable for the kids.

“Every man dies but not every man really lives.” –Mel Gibson (Braveheart)

This would’ve been a cool experience for us but the hike to the monument was one we weren’t prepared for, so Michael took this one on his own and snapped some shots.

Bueno mi gente, I am so glad to start this travel series more head-on and include every trip we go on. I’d love to hear what tips you have travelling with toddlers and any other topics you’d like me to cover as we travel.

3 Comments on “Weekend Getaway To Scotland” 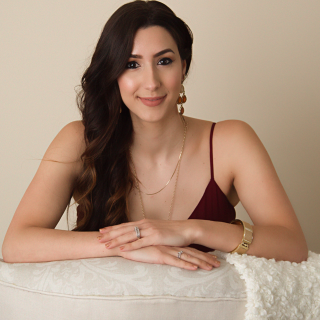